Amsterdam’s Red Light District is home to a bronze statue in honor of prostitutes around the world.

It is the first and only such monument anywhere.

Titled Belle, the statue depicts a full-breasted woman who, feet apart and standing in a doorway at the top of small set of steps, looks self-assuredly into the world.

It was created by artist Els Rijerse from ‘s-Graveland, Netherlands. 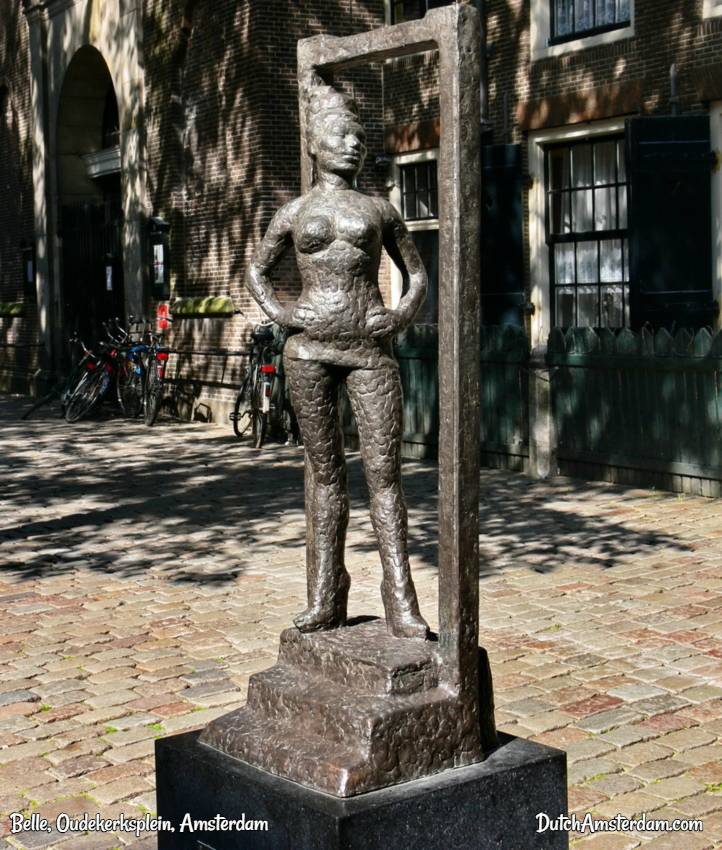 The bronze sculpture — which stands on Oudekerksplein in front of the Oude Kerk, Amsterdam’s oldest church — was designed at the initiative of Mariska Majoor.

Majoor, herself a former prostitute, runs the Prostitution Information Center which is located at the same square.

According to Majoor the statue is meant to show respect to the millions of people around the world who earn their money in prostitution work.

In order to prevent vandalism, the statue is fortified with steel. Belle is perched atop a high, granite pedestal meant to deter those who engage in so-called ‘wildplassen’ (urinating in public).

Sculpture donated by an anonymous artist

Oudekerksplein — bordered by pubs, a coffee house, and bordellos — already sported a sculpture of a hand caressing a breast. This is one of several bronze and iron works of art donated to the city of Amsterdam by an unknown artist. 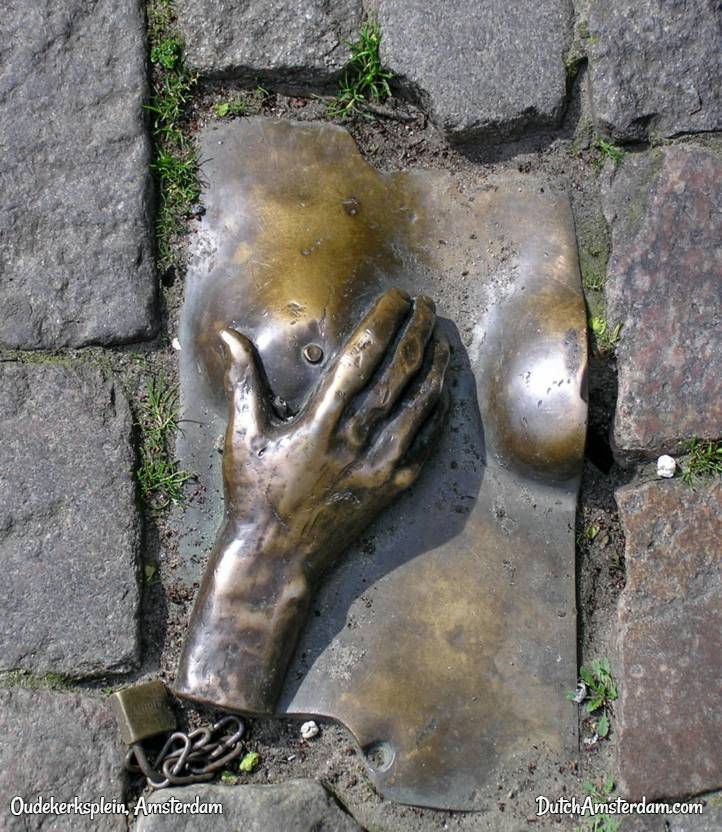 This bronze sculpture, depicting a hand caressing a breast, was donated to the city by an anonymous artist

Hours before the statue of Belle was unveiled, Mariska Majoor was physically assaulted by an elderly lady who apparently was not happy to have the statue close to her home. The woman was taken into police custody, and released after the unveiling had taken place.

In our Amsterdam FAQ: How many outdoor statues, sculptures, and other works of art are there in Amsterdam?

We have received many positive comments.

But we have also heard from people who cannot handle the subject matter and/or the accompanying photos — and who seem to believe that their questionable morals should inform our editorial decisions. We cannot help you, other than to encourage you to read this article: Why is Amsterdam so tolerant?

History in the making: DutchAmsterdam first published this article on April 2, 2007.
Hello! Our original content is protected by © Copyright DutchAmsterdam .nl
Do not republish or repost.