DutchAmsterdam.nl — The municipality of Amsterdam remains opposed to plans by the Dutch government to introduce a pass card/membership system for coffeeshops — establishments where customers can legally purchase and use marijuana and other soft drugs.

The Dutch cabinet’s coalition agreement states that coffeeshops should become private clubs accessible only to adult residents of the Netherlands. Members would be registered for a pass card system, and tourists would be banned.

In response to drugs-related crimes Ivo Opstelten, Minister of Public Safety and Justice, wants to fast-track the introduction of what he calls the clubpas (club pass) — particularly in the province of Brabant, which borders Belgium in the South of the Netherlands.

Media and the man in the street refer to the card as the ‘wietpas’ (weed pass) — using the Dutch colloquial term for marijuana.

Mayors of cities throughout the Netherlands say the proposed membership system will inevitably lead to an increase in drugs deals taking place on the streets.

Amsterdam mayor Eberhard van der Laan says health is an issue as well. Once the trade in soft drugs moves back onto the street authorities can no longer keep an eye on the quality of the goods. Nor will they be able to curtail the sale of drugs to minors.

The membership system — pushed primarily by fundamentalist Christian political parties within the Dutch coalition government –is meant to combat crime and other forms of nuisance caused by drugs tourists.

Many young people from Germany, Belgium, France and other countries travel to Dutch border towns with the express purpose of purchasing and using soft drugs.

The vast majority of these ‘drugs tourists’ do not engage in more established tourist activities. Instead they loiter in the direct vicinity of coffeeshops, where they bother locals, use porches and gardens as toilets, and get involved in scuffles and crime.

Mayors and council members of municipalities that do not attract drugs tourists say that the present system of licensed coffeeshops is preferable over the proposed club pass system, which they say addresses a problem not seen in their communities.

Supporters of the weed pass say it is necessary to introduce the system nationwide in order to prevent drugs tourists from simply targeting the next available towns.

Meanwhile criminologists do not expect crime to decline as a result of the proposed ‘club pass.’

Research performed by Tilburg University, commissioned by the border town of Maastricht, concluded that a ‘weed pass card’ system would be counterproductive as it would lead to an increase in illegal drugs trade.

Currently 14 of the 22 border municipalities involved have spoken out against the membership pass.

Jan Brouwer, professor of Legal Methods at the University of Groningen, doubts that Dutch municipalities will be willing or able to do without the income generated by the coffeeshops. 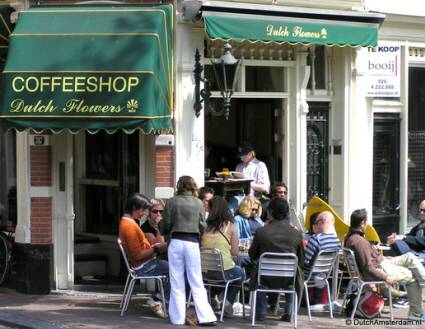 “Drugs tourism generates about EUR 10 billion ($ 14.3 billion). And that’s leaving aside the trade in soft drugs itself, which has an annual turnover of between EUR 1.5 and 2 billion ($ 2.1 billion and $ 2.8 billion). Those are significant sums, but apparently they are the wrong sort of tourist’, according to Brouwer. Huge economic interests are tied up in the trade in soft drugs in Amsterdam, an article on the website of the University of Groningen says.

“Tourists don’t only go there for the coffee shops,” Brouwer points out. “Precisely because they also do other things, they are an important source of revenue. The introduction of a “grass pass” will definitely cut away at that.”

Amsterdam mayor Eberhard van der Laan has said that tourists in Amsterdam — including those attracted primarily by the availability of coffeeshops — do not cause much of a nuisance.

Brouwer also wonders whether the ‘grass pass’ is legally feasible.

According to the European Court of Justice, foreigners may be turned away to counteract drugs tourism. That’s a logical decision, thinks Brouwer. ‘After all, it’s about goods that are banned in the rest of Europe.’ But according to the Dutch constitution, foreign visitors may not be banned from coffee shops. Everyone in the Netherlands must be treated equally.

‘We can only differentiate if there is an objective and reasonable legal justification for doing so. The disturbance of the peace that’s now being put forward is not such a ground’, according to Brouwer. ‘That assumes that it’s only foreigners who are disturbing the peace around coffee shops. Where this does happen, however, it’s just as often the Dutch.’ [1]

After the city of Maastricht, in the south-east of Holland, considered a coffeeshop membership experiment designed to exclude tourists, the Court of Maastricht ruled the system was contrary to Article 1 of the Constitution of the Netherlands. Subsequently an appeal was filed with the Council of State (Raad van State — a constitutionally established advisory body to the government).

The Council is expected to rule in July.

Together with students of Law and IT, Professor Brouwer has developed an alternative for the Wiet Pass. He proposes a “grass credit card”, a pass that would be available from a central point of issue with a limit of, for example, twenty euros a day.

According to Brouwer “that would make a trip across the border just to buy soft drugs a lot less interesting. An added advantage would be that you would no longer have to pay cash in coffee shops and you’d have a better idea of the cash flows.”

In addition, Brouwer says that “if we also start to check the active ingredients in the soft drugs, we’d be taking two steps in the right direction. Over the course of time, soft drugs have got much more powerful.”

Once the weed pass is approved by the Dutch Cabinet, coffeeshops will become private clubs limited to between 1.000 and 1.500 members.

According to Opstelten, even if the Council of State decides the Federal Government cannot legally ban foreigners from buying soft drugs, the limited number of memberships available will force coffeeshops to choose between serving local repeat-visitors and accomodating once-or-twice-a-year tourists.

Membership will be open only to legal residents of the Netherlands. A membership must be valid for a minimum of one year, a measured designed to prevent ‘revolving-door-memberships.’

Mayors will get the authority to adjust the number of memberships downwards in accordance with local circumstances.

Opstelten hopes to introduce the system this summer, first in the Southern provinces and during the course of 2012 in the rest of the Netherlands.

Law Professor Jan Brouwer, who is also director of the Centre for Public Order and Security, says municipalities are free to ignore the weed pass.

“The basis of a ban on the sale of soft drugs to foreigners must be set out in local by-laws,” he says. “If the City Council does not want to do so, the Federal Government can jump high and low, but it won’t happen.”

There is a demonstrable connection between Amsterdam’s coffeeshops and organized crime, particularly in the city’s Red Light District.

Many coffeeshops are supplied by organized crime.

A recent study commissioned by the city of Amsterdam shows that nearly half (49%) of the managers employed by companies in the Red Light District have criminal past.

Among owners and managers of coffeeshops in the district 317 out of 560 people have been in touch with the police. Of them, 147 have had prior convictions.

In total they committed 1036 crimes, of which 21 per cent drugs-related. Ten per cent involved violence. Many of the owners and managers are said to maintain ties with organized crime, both privately and business-related.

The research project also determined that there must be many illegal Cannabis farms in the city. To supply the yearly demand of soft drugs sold in at coffeeshops in the Red Light District alone there would have to be no less than 400 such operations.

Amsterdam is already reducing the number of coffeeshops in the Red Light District — from 76 to 50.

Minister Opstelten says the Justice Deparment plans to have reduced the number of criminal organizations by forty percent by the end of 2014.

— — © Copyright DutchAmsterdam.nl. Do not republish or repost.

Category: Coffeeshops, NewsRelated to: Coffeeshops, Weed PassThis article is updated regularly. Last major update: May 30, 2011
Last minor update: Tuesday, December 15, 2015 at 8:21 AM, Central European Time (CET)
Transparency:
The DutchAmsterdam website includes affiliate links. That means we get a small commission — at no additional cost to you — for each purchase you make. Your support helps us provide this site free of charge. Naturally, as our Editorial Policy states, our content is never influenced by our advertisers or affiliates.