DutchAmsterdam.nl — The man who caused a panicked stampede among a crowd gathered at Amsterdam’s Dam Square for the national Remembrance Day commemorations in May, 2010 — injuring dozens of people — has been sentenced to a prison term of 16 months, 8 of which suspended.

The Amsterdam Court of Appeals considers it a proven fact that 40-year-old Gennaro P., since the event known to the Dutch as the Damschreeuwer (Dam Screamer), deliberately disturbed the peace with his alarming screams. 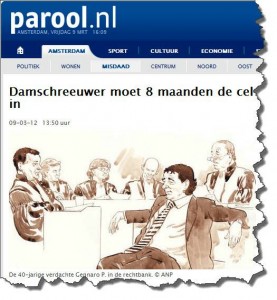 The punishment is higher than the one previously imposed by a local court last October, when P. was sentenced to 12 months in jail, six of which suspended. That court also banned P. from attending the annual Remembrance Day commemorations for a period of five years. The Court of Appeals confirmed that ruling.

Remembrance Day commemorates all civilians and members of the armed forces of the Kingdom of the Netherlands who have died in wars or peacekeeping missions since the outbreak of World War II.

On May 4, 2010, one minute into the 2 minutes of silence observed as part of the ceremony the man suddenly gave a 5-seconds-long, loud scream.

As bystanders tried to push away from the man a security fence fell over with a sharp, shot-like sound, creating panic further away in the 20.000-strong crowd.

The scream starts at the 3 seconds mark. At 10 seconds a security fence falls as people started to run away in panic. Many people mistook the sound of the falling fence for a gunshot.

87 people were injured in the stampede, with injuries including scrapes, bruises and some broken bones.

The Court agreed with the Public Prosecutor that P. creams were the cause of the stampede.

P., who did not appear at Friday’s hearing, disagrees. According to him the shocked yell of a woman standing close to him and the sound of the falling security fence caused the panic.

The Appeals Court noted that people in large gatherings were already on edge due to the fear of terrorist attacks, as well as the failed attack on the Royal Family just fours days prior to Remembrance Day. Five people died and thirteen were wounded in that premeditated attack.

In addition to the prison term the Court approved a number of compensation claims by people who were injured in the stampede. P. will have to pay several thousands of Euros.

Here are some things not to do in Amsterdam 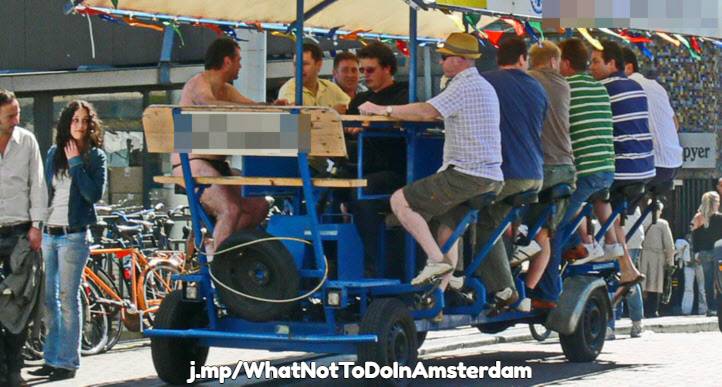