Home > Blog > Amsterdam in the snow 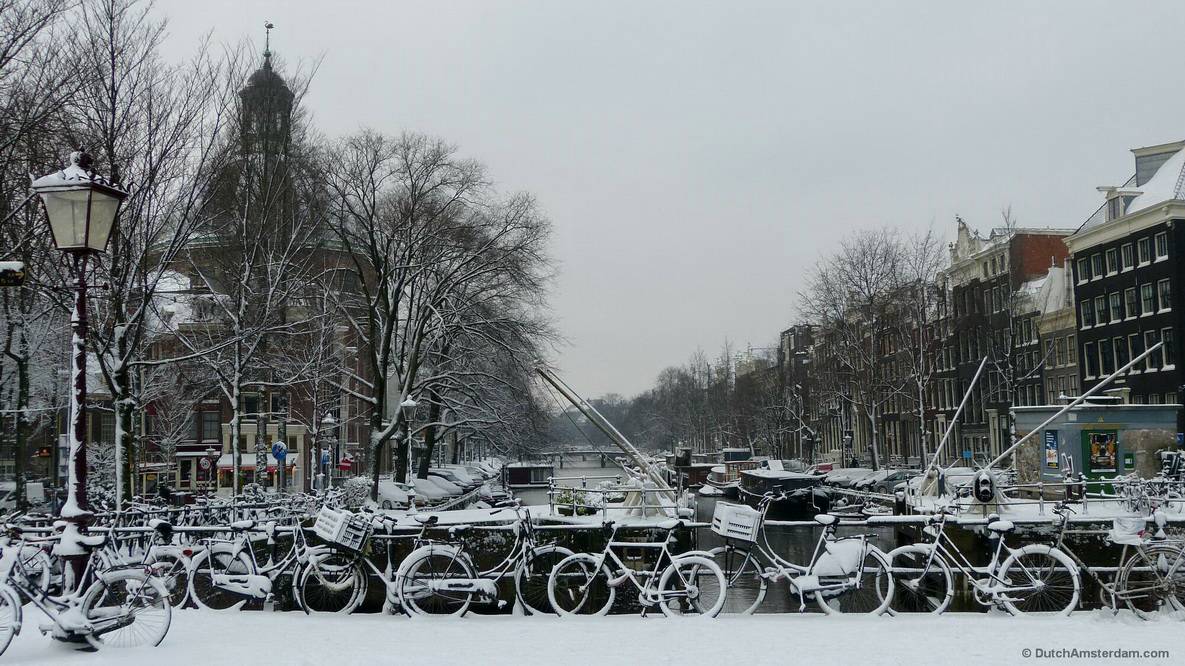 Singel, one of Amsterdam’s oldest canals, in the snow. To the left is the round ‘Koepelkerk’. Formerly a Lutheran Church, the building is now used as a conference center. Photo by DutchAmsterdam.nl

Amsterdammers woke up to a city covered in snow this morning. [Note: this was written in January, 2013]. Amsterdam is beautiful any time of the year, but you’ve got to have seen in under a fresh blanket of snow at least once in your life.

This is Singel, with the Lutheran church. 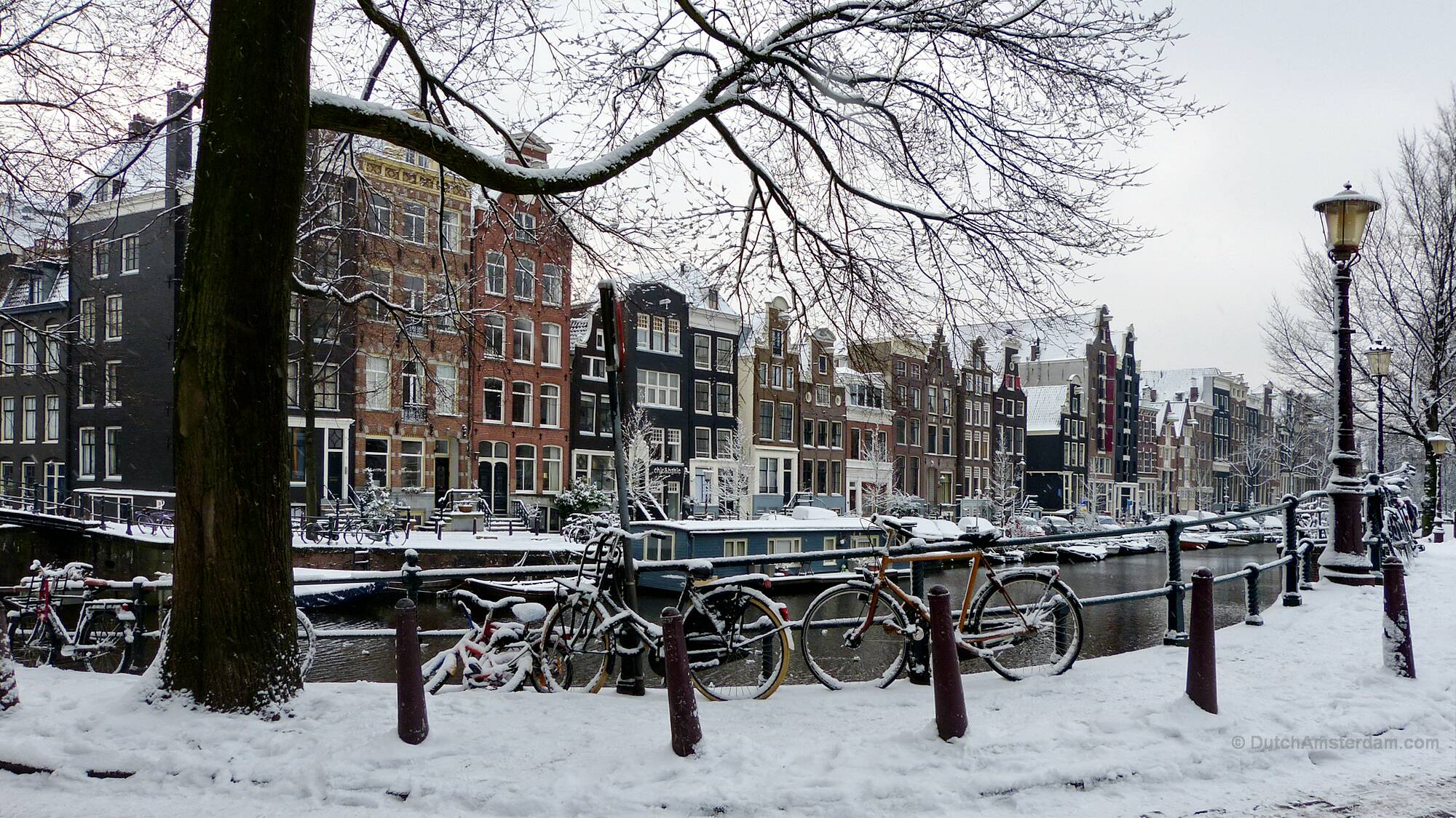 Herengracht (‘gentlemen’s canal’). This is one of downtown Amsterdam’s four main canals in the UNESCO listed grachtengordel (‘canal belt’). Photo by DutchAmsterdam.

The Herengracht, at the corner where it meets Brouwersgracht — one of Amsterdam’s most picturesque canals. 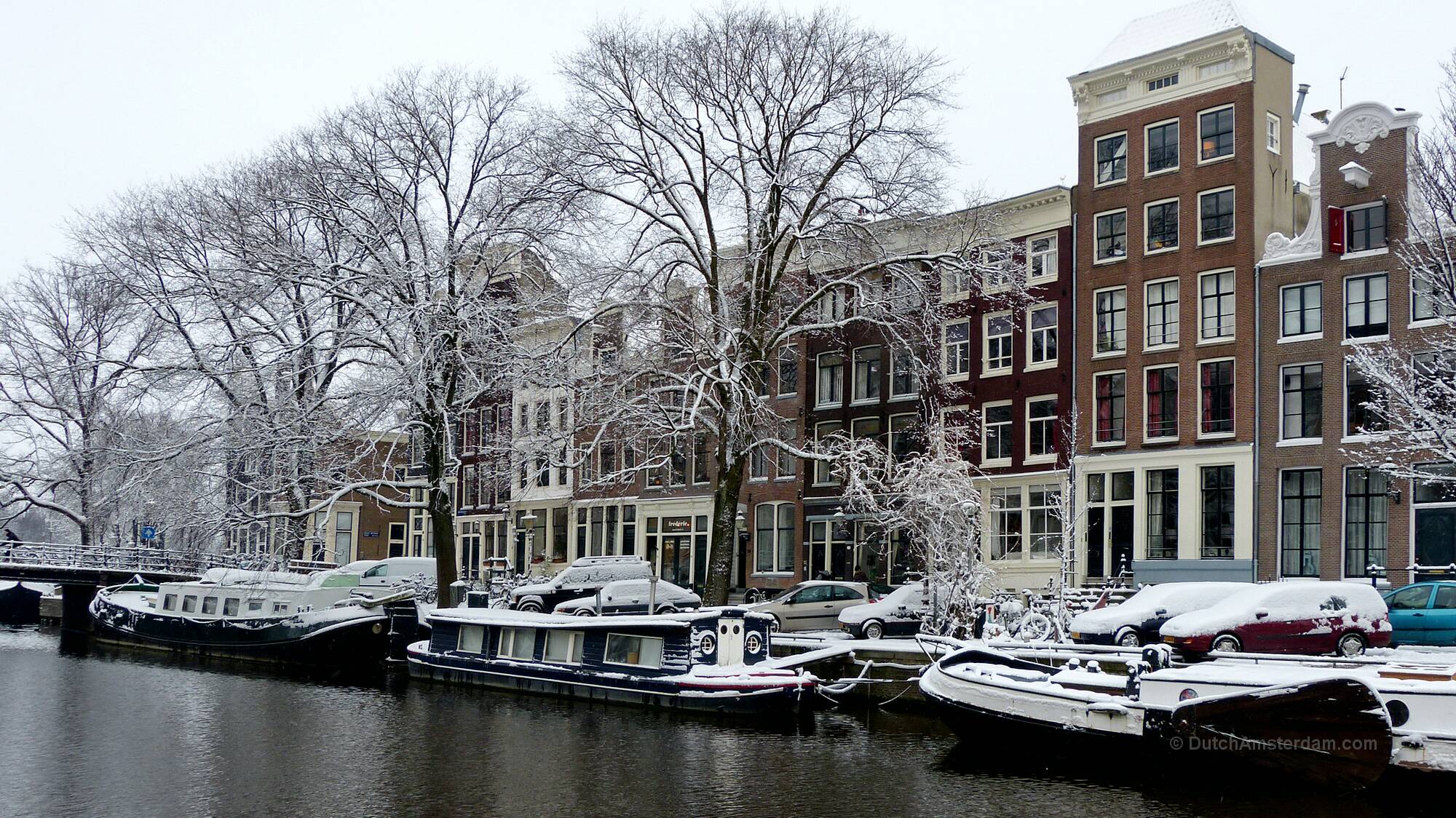 Various types of houseboats line the Brouwersgracht. Some are custom-built, while others were converted from commercial barges. 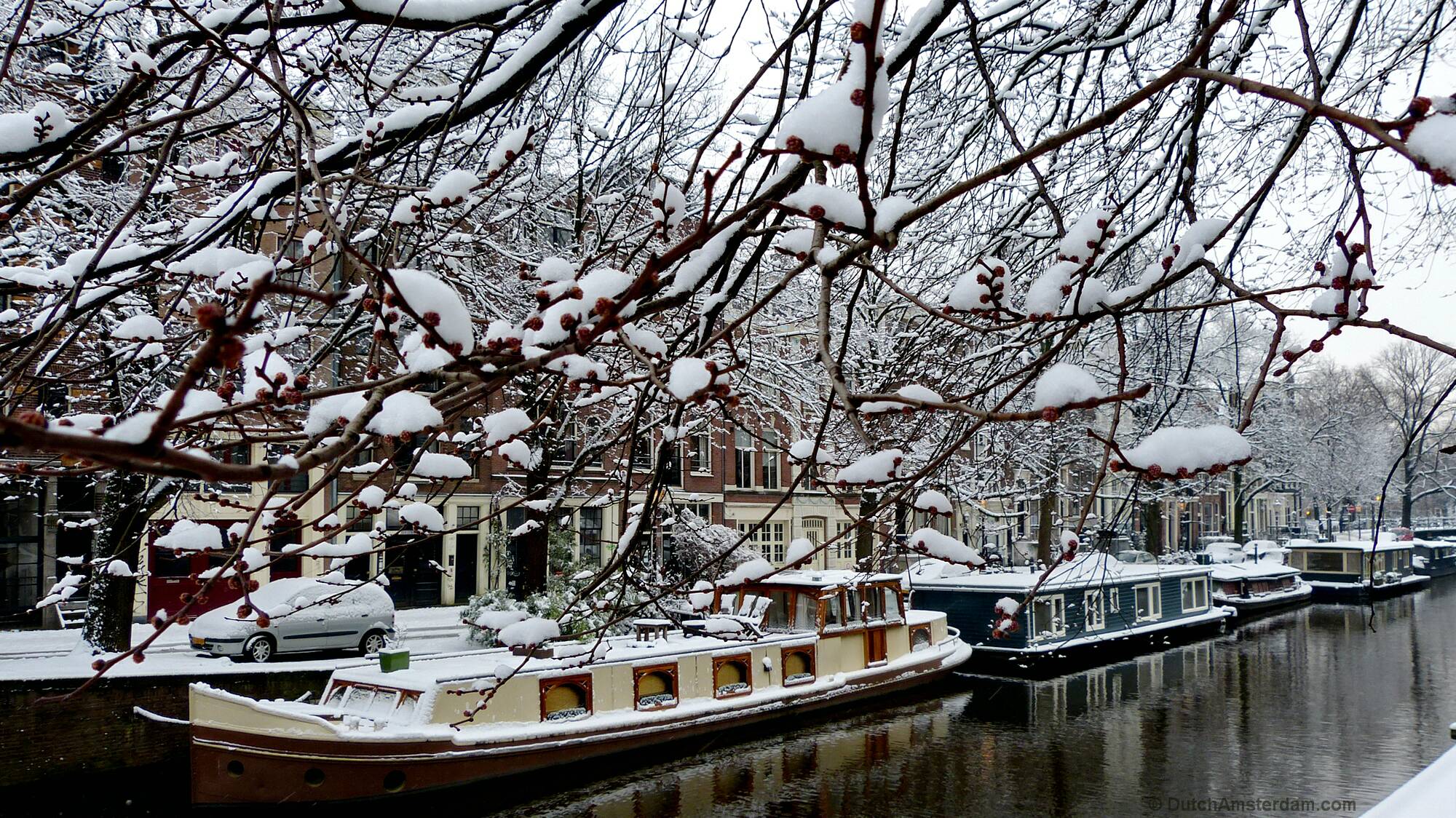 More houseboats in the Brouwersgracht. Brouwersgracht literally means brewers’ canal, a reference to the fact that many breweries used to line the canal centuries ago. 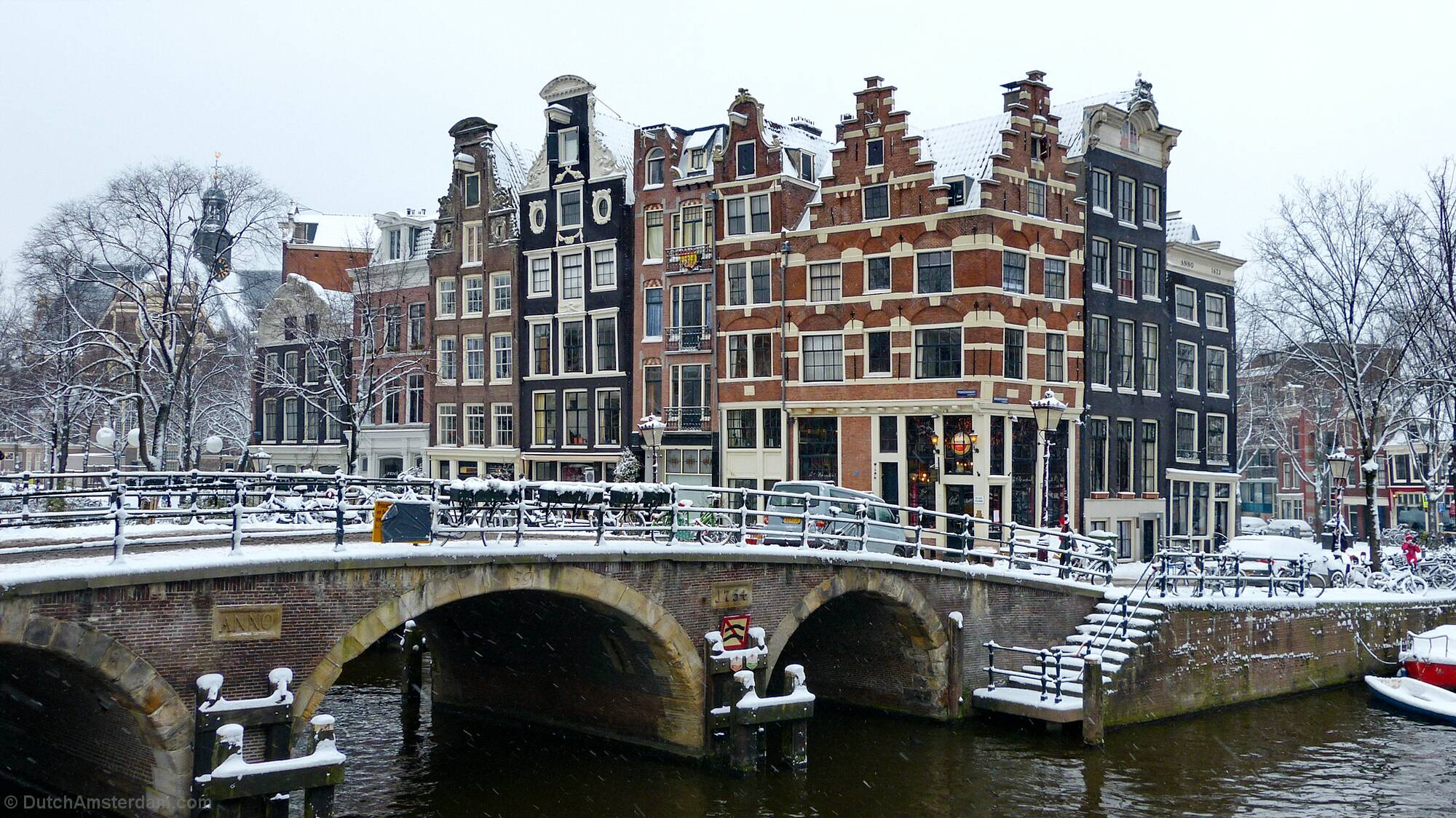 Corner Brouwersgracht, Prinsengracht in Amsterdam. At the corner the famous Cafe Papeneiland. Photo by DutchAmsterdam

This is one of the most-photographed spots in Amsterdam — the corner of Brouwersgracht and Prinsengracht. At the corner is Café Papeneiland, in business since 1642. In May 2011 Bill Clinton enjoyed a piece of homemade apple pie here (something George Bush Jr. will never be able to do). And yes, the apple pie is a good as everyone says it is. 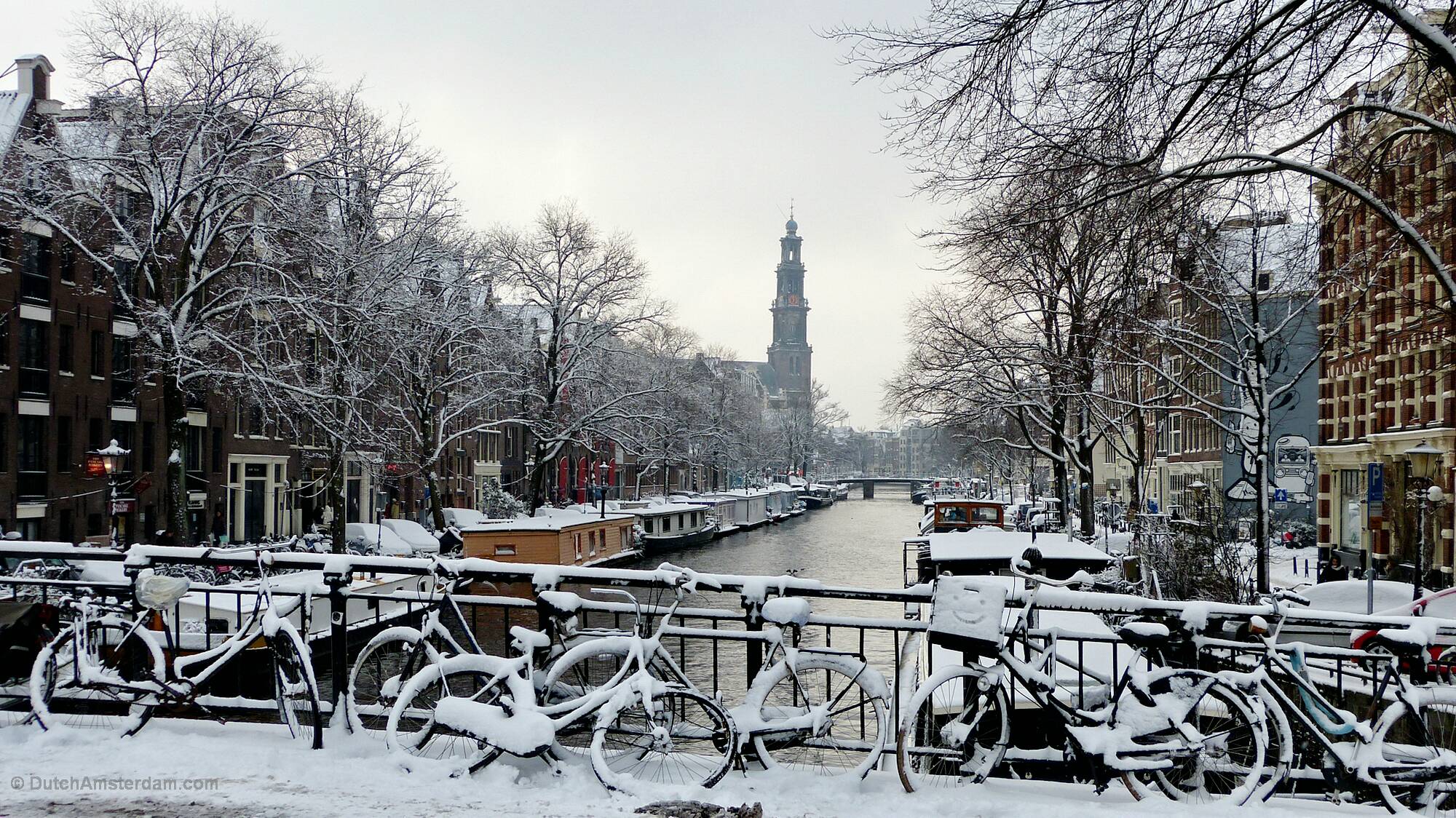 Prinsengracht, one of Amsterdam’s most picturesque canals. In the distance the tower of the Westerkerk. Photo by DutchAmsterdam

Even with a Prinsengracht covered in snow, a true Amsterdammer’s heart is warmed by a view of the Westertoren.