[Note: This article was published in 2014. It is archived here because visitors are still interested. You may also want to take a look at this Amsterdam FAQ question: Will tourists be banned from Amsterdam Coffeeshops?]

The Grasshopper — one of the world’s best-known Cannabis cafés — is no longer selling cannabis, hash, or related products.

The coffeeshop1, located in landmark building across from Central Station, is one of the first of more than two dozen such shops in and around the Red Light District that are to be closed down over the next few years. 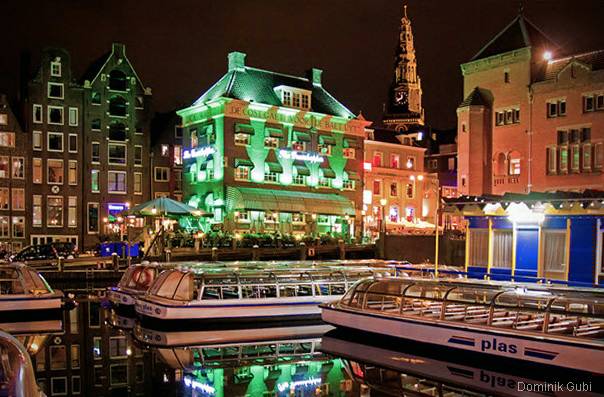 In July 2009 the City notified The Grasshopper that its gedoogverklaring (toleration declaration)2 would be extended for the last time — until December 1, 2012. It was later extended until January 4, 2014.

While the owners tried to obtain yet another extension via a kort geding court procedure3, the judge ruled that the City of Amsterdam had acted correctly, and therefore cannot be compelled to extend the operating permit.

The Municipality itself says it has provided a ‘generous transition period,’ along with an ‘outstretched hand’ to The Grasshopper to help it come up with a new business plan. 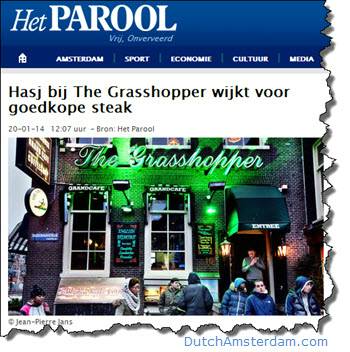 Several other coffeeshops in the area have successfully transitioned — or are in the process of doing so — into lunchrooms, restaurants or cafés.

The Grasshopper already operates, in the same building, a sports bar, a grand café, and a steakhouse.

On July 1, the Grasshopper’s first location — at nearby Nieuwezijds Voorburgewal — will also cease to be be a coffeeshop, this one because it is located too close to a school.

The Grasshopper 2’s prime spot made it a convenient, if not all that popular,4 meeting spot for tourists looking for their first taste of cannabis in Amsterdam.

But its location also was the coffeeshop’s downfall.

The Oudebrugsteeg is at the edge of the Red Light District, and just across from Central Station.

The vast majority of tourists enter Amsterdam by way of Central Station, and the City envisions a ‘Red Carpet’ that guides them from the station via Dam Square and Munt Plein further into town.

This grand entrance — Amsterdam’s ‘visiting card’ — is to include high quality hotels, shops and restaurants — and coffeeshops simply don’t fit into that picture. 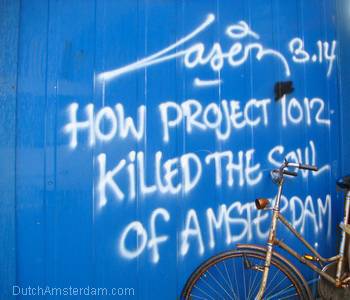 To make this ‘grand entrance’ a reality, in December 2007 Amsterdam introduced Coalition Project 1012.

Named after the postal code for downtown Amsterdam, the project is designed to clean up the entire medieval center of the city. That includes the Red Light District, where the city has been working to take back control over the area from what one alderman referred to as ‘riff-raff.’

The project’s goals are to ban window prostitution from all but two locations, close down businesses set up with (or ‘susceptible to the involvement of’) white-washed money,5 reduce the number of coffeeshops in the area, combat organized crime,6 and to promote the ‘Red Carpet’ vision.

At the introduction of Project 1012, then-alderman Lodewijk Asscher said that Amsterdam wants to recapture the historic city center in order to “give it back to the Amsterdammers.”

Clearly, it’s not just the locals the City council was thinking about, but also well-heeled tourists more interested in fine dining and upscale shopping than in using soft drugs.