Amsterdam police was deeply concerned, back in July 2009, about a craze in which vandals tossed parked cars from the Smart brand into the city’s canals.

The so-called ‘Smart tossing’ took place mainly during the weekend, when many youths are out for a night on the town.

According to local newspaper De Telegraaf police has not wanted to publicize this form of vandalism for fear of copy-cat incidents. However, police officers were said to be paying extra attention to Amsterdam’s canals, especially during the weekends.

The Smart cars are small enough to be parked with head or tail pointing to the water. 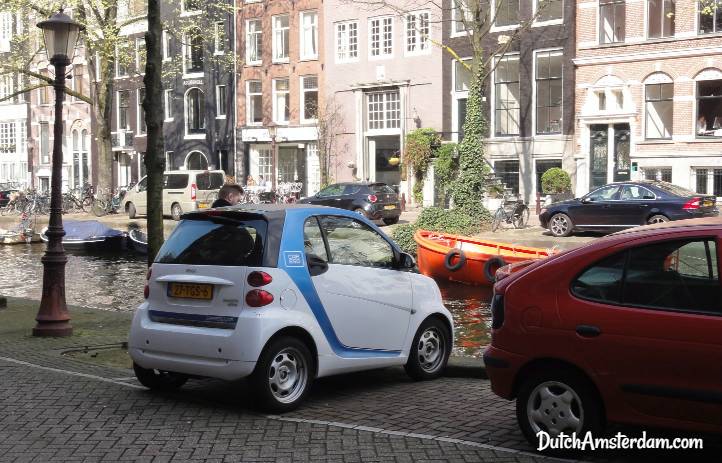 A Smart car parked along the Leidsegracht in Amsterdam

One man who parked his car that way said police woke him up with the message that his car had been pushed into the canal.

“Several weeks ago the same thing happened to my companion’s Smart,” Casper de Jong said. “In both cases the Smart was declared a total-loss.”

Alongside most canals a low guard rail helps prevent cars from taking a dip, but this type of car is small enough to be lifted and tossed.

It is not clear how many of the cars have been vandalized this way, but an employee of a local dealer confirmed the company has recently been confronted with it “a number of times.”

Vandals have also targeted other small vehicles, including so-called scoot mobiles and tiny cars from the Canta brand — both used primarily by people who are disabled and have limited mobility.

Not all these vehicles end up in a canal. In an urban version of cow tipping, yobs apparently derive fun from tipping over these types of vehicles.

In recent years we haven’t heard much about this particular form of insanity, but in June 2015 a microcar was found upside-down in a boat moored along Geldersekade. 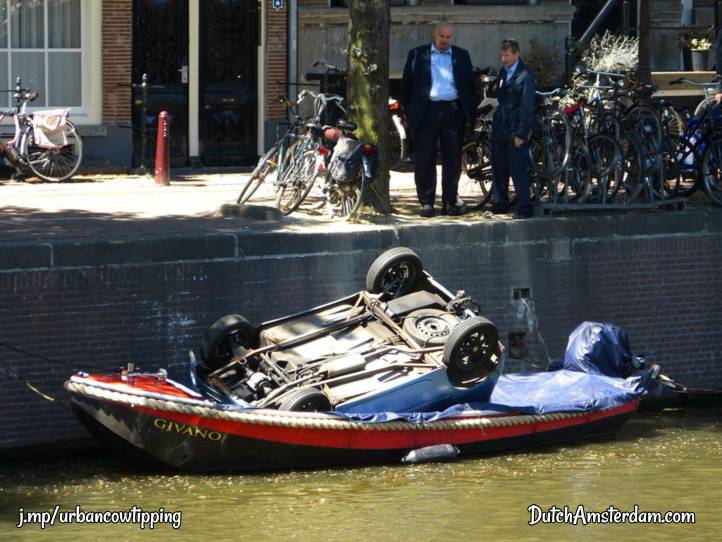 Microcar tossed into a boat in an Amsterdam canal [By the way: that green color? Algae. But the water is quite clean]

No official word on what happened.

Bikes aren’t safe from vandals either.

In a city with more bicycles than citizens, parking your bike can be a problem.

Not just because we’re running out of space, but also because you may find your bike re-parked like this: 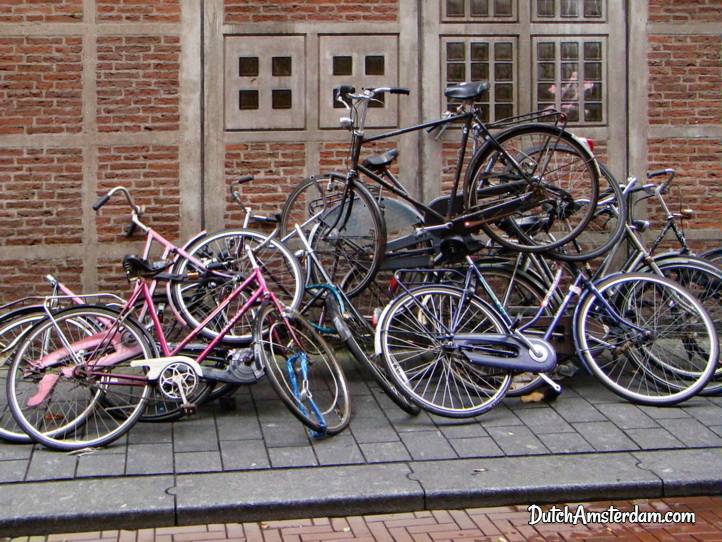 Bicycles tossed into a pile by yobs

That’s only slightly better than discovering your bicycle has been stolen.