Page forwarded in htaccess to https://dutchamsterdam.nl/6623-amsterdam-canals

Ask tourists what they like best about Amsterdam, and the city’s historic grachtengordel (literally, belt of canals) around the town’s medieval center is bound to be high on the list. 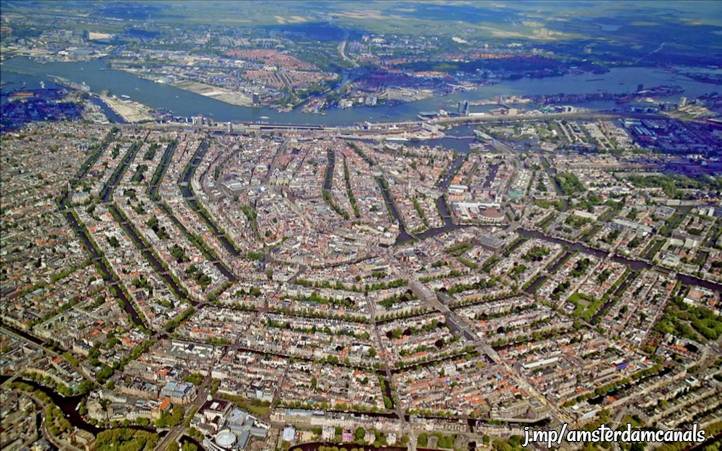 The tree-lined, concentric ‘belt’ of canals give the old center of Amsterdam is iconic look

The main canals, laid-out in a pattern of concentric half-circles, chronicle the growth of Amsterdam during the 17th century, its Golden Age. They are, as seen from the center outward: Singel, Herengracht, Keizersgracht, and Prinsengracht.1

The Singelgracht, which became Amsterdam’s outer limit at the time, was dug in 1872 for water management and defense purposes, and is not part of the canal belt. Singel is Old Dutch for ‘encircle.’ It wasn’t until the last quarter of the 19th century that the city expanded beyond the Singelgracht.

Best Way To See The Canals
Powered by GetYourGuide. Become a partner.

Aside from walking, the best way to see the famous canals of Amsterdam is to take a canal boat tour.

A boat tour through the canals is Amsterdam’s most popular tourist attraction.

Many visitors take more than one tour during their visit — often one during the day and one in the evening.

By the end of the 16th century century trade in Amsterdam was growing in spectacular fashion, turning the city into one of the world’s most important centers of commerce. Goods and merchants flowed into the city from around the world, and a map worked into the floor of the Royal Palace (which at the time was the Town Hall), places Amsterdam at the center of the universe.

As early as 1613 town planners had already decided to eventually extend the three canals around the perimeter of the city. The canals, the Herengracht (Gentlemen’s Canal), Keizersgracht (Emperor’s Canal) and the Prinsengracht (Prince’s Canal) initially only went as far as today’s Leidsegracht. 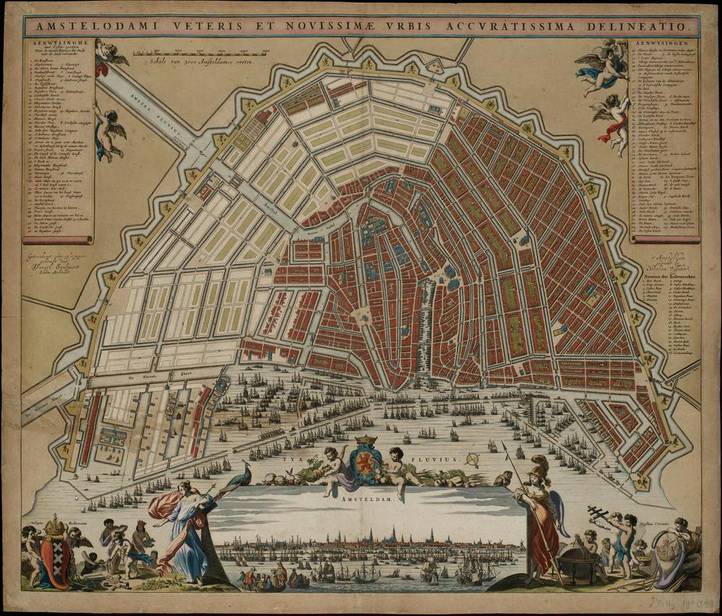 Map of Amsterdam, drawn by city architect Daniel Stalpaert and printed in 1662

The Canal Belt includes Singel (note to be confused with Singelgracht) which encircled the medieval city of Amsterdam and served as a moat from 1480 until 1585.

In August, 2010 UNESCO added the ‘Seventeenth-Century Canal Ring Area of Amsterdam inside the Singelgracht‘ to its World Heritage List.

The historic urban ensemble of the canal district of Amsterdam was a project for a new “port city” built at the end of the 16th and beginning of the 17th centuries.

It comprises a network of canals to the west and south of the historic old town and the medieval port that encircled the old town and was accompanied by the repositioning inland of the city’s fortified boundaries, the Singelgracht.

This was a long-term programme that involved extending the city by draining the swampland, using a system of canals in concentric arcs and filling in the intermediate spaces.

These spaces allowed the development of a homogeneous urban ensemble including gabled houses and numerous monuments.

This urban extension was the largest and most homogeneous of its time. It was a model of large-scale town planning, and served as a reference throughout the world until the 19th century.
– Source: Seventeenth-century canal ring area of Amsterdam inside the Singelgracht 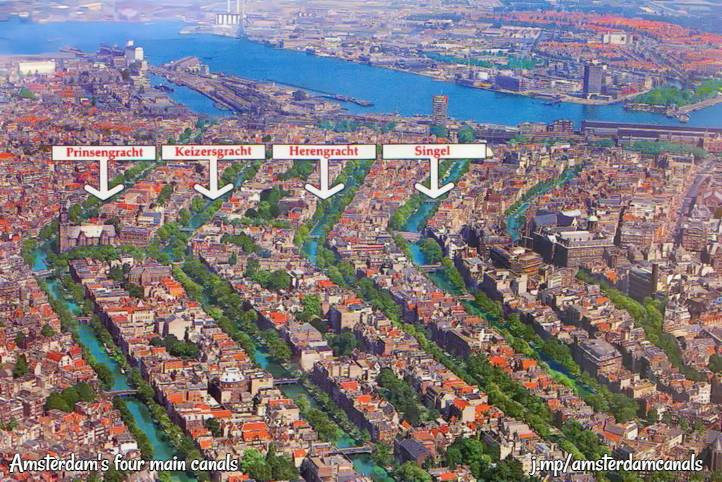 The four main canals of Amsterdam, with Singel closest to the center of town

Amsterdammers initially viewed the Unesco listing as a mixed blessing. The city council appeared to be interested mostly in a possible influx of tourists — but saw its enthusiasm not shared by many locals who live in the historic canal district.

Some critics feared that official UNESCO rules and regulations covering the care, presentation and and preservation of World Heritage sites would hamper Amsterdam’s ambition to grow the city into a creative metropolis.

Others were concerned that those rules douse Amsterdam’s free-wheeling spirit, pointing to renewed efforts by the city to further regulate — or outright ban — such things as unofficial mini-gardens next to houseboats, or additional canal-side terraces. Many were — and are — afraid such rules will turn Amsterdam into a ‘sleepy village.’

At the same time many people commenting on news about the listing on local news websites expressed the hope that the strict Unesco rules will help preserve the historic inner city by preventing further destruction of monuments.

Many Amsterdammers feel that certain elements in successive city councils have butchered and defaced the city with silly projects, ill-advised demolitions, and a near wanton disregard for the city’s monuments. To-date, this is an ongoing problem. 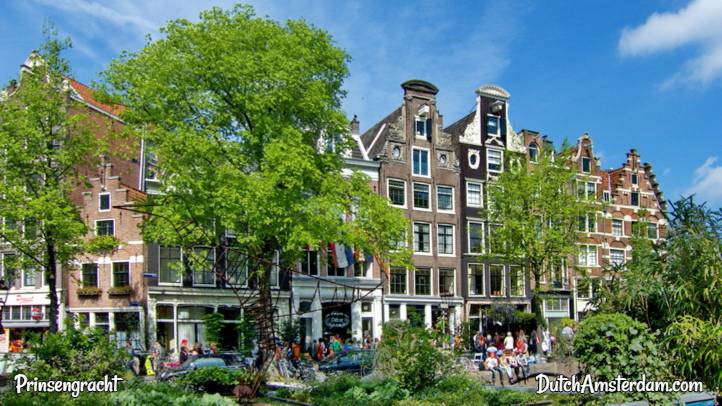 The canals are lined with many 17th and 18th century monuments, such as here at Prinsengracht

“The inner city’s status as a World Heritage Site on the one hand signifies international recognition, while on the other hand it shows appreciation for the efforts made by many generations of Amsterdam citizens who fought to preserve their city. Amsterdam has about 8,000 monuments, nearly all of them in private hands. The owners can take credit for restoring and maintaining these houses.”

“The activists who fought to preserve the city’s monuments in the 1960s and 1970s also played a vital role. Without their struggle we would never have come this far. Amsterdam had a narrow escape in view of the demolition plans proposed by the then city councils. The fight was not won until the 1980s, which culminated in the inner city’s nomination as protected cityscape in 1999. Its nomination as a world heritage site is the final step in this process.” – Source: Amsterdam inner canals on UNESCO World Heritage List, Radio Netherlands, Aug. 1, 2010

Any cookies that may not be particularly necessary for the website to function and is used specifically to collect user personal data via analytics, ads, other embedded contents are termed as non-necessary cookies. It is mandatory to procure user consent prior to running these cookies on your website.