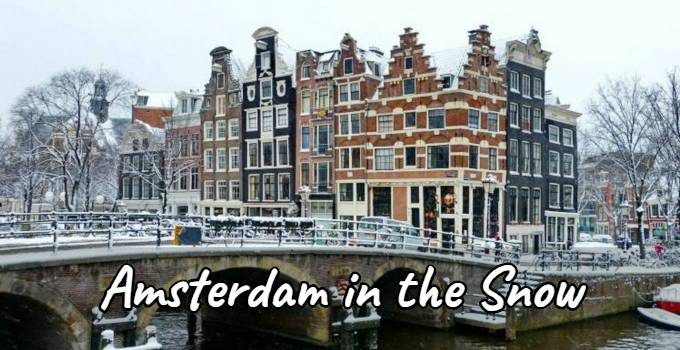 Amsterdam was covered under a blanket of snow this morning, and we ventured out to bring you some photos.

OK, we also ate some apple pie at Café Papeneiland — something we highly recommend to anyone who visits Amsterdam.

Casual observers might be forgiven if they thought, based on today’s home-coming celebration for the Dutch National Football Team, that Holland had actually won the World Cup last Sunday.

Nearly 700.000 enthusiastic fans lined the route of a canal boat tour that took the players through the city to Museumplein, where the team was officially honored for its achievements during the World Cup games.