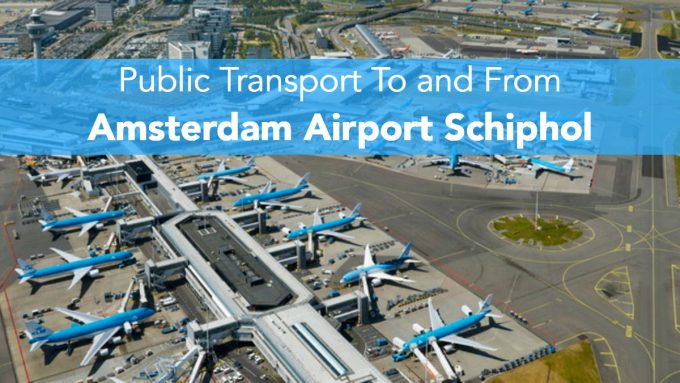 Comprehensive, up-to-date information about public transport to and from Amsterdam Airport Schiphol. You can travel by train, bus, taxi, Uber, hotel-shuttle, or private transfer.

Taxi drivers licensed to pick up passengers at Amsterdam Airport Schiphol are sounding the alarm over illegal ‘taxi runners’ who solicit passengers and guide them to unlicensed cabs.

They tell Amsterdam TV station AT5 that on average they lose about 170 rides a day to the rogue cab drivers.

Amsterdam Airport Schiphol, KLM Royal Dutch Airlines, and security services have been given the go-ahead for a pilot project aimed at providing more efficient security checks at airports in the Netherlands.

Passengers will be checked according to ‘risk categories.’

Amsterdam’s Schiphol airport is going to pre-screen passengers from outside the European Union before their arrival.

Some twenty airlines have agree to provide passenger’s personal details immediately after they check in on any of 27 international flights that have been identified as ‘high risk.’

NS claims that’s what tourists want, but according to the VVV Tourist Office — which also sells train tickets at the airport — tourists usually elect to buy Second Class tickets.

Amsterdam Airport Schiphol has dropped out of the Top 10 of International Airports.

An analysis by Het Financieel Dagblad, a Dutch financial daily, shows that based on ACI’s 2008 figures, Schiphol airport has dropped to fourteenth place.

Dutch Military Police (Koninklijke Marechaussee) at Amsterdam Schiphol airport have arrested all 22 members of a Suriname brass band on suspicion of attempting to smuggle drugs into the Netherlands.

The band members were arrested during a 100 percent check, in which every person arriving on flights from certain locations are subjected to a full-body check for contraband.