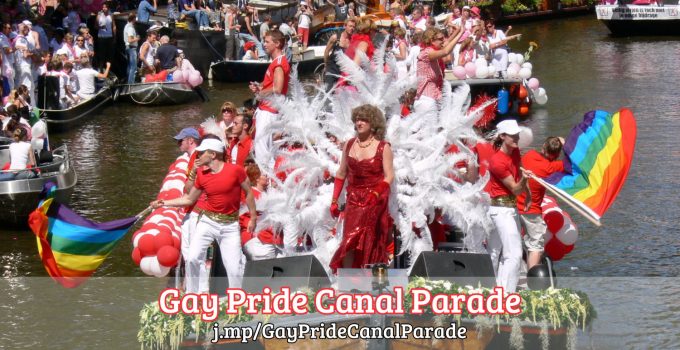 Amsterdam’s annual Gay Pride Canal Parade is the second most popular event in town, with 80 floats and over half a million spectators. The popular parade is the highlight of a week-long of gay pride events.

The deparment emphasizes that it will not officially take part in the parade by sponsoring a boat, as it does not believe the parade contributes to a more positive image of homosexuals.

The University of Amsterdam (UvA) will not sponsor a boat during Amsterdam’s Gay Pride canal parade.

Last January Laurens Buijs, a researcher and teacher at the university’s College and Graduate School for Social Sciences, started a campaign encouraging the UvA to participate in the parade by sponsoring its own boat. Doing so is necessary, Buijs says, because according to him “homosexuality is still taboo among students.”