A the center of the historical heart of Amsterdam, Dam Square is Holland’s best-known square.

It is a handy central location from which to explore Amsterdam’s medieval city centre. 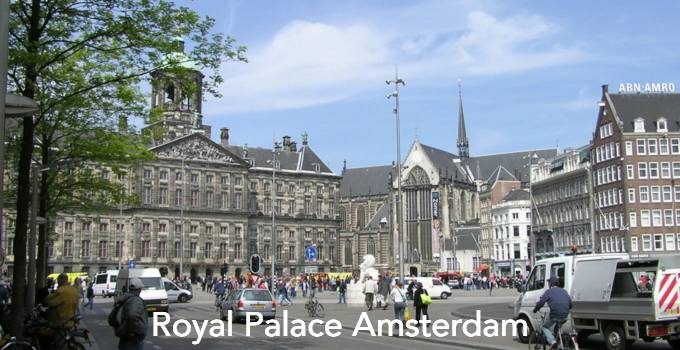 Built on 13,659 wooden piles, Amsterdam’s Royal Palace on Dam Square — which started life as the city’s Town Hall — was once described as the world’s Eight Wonder.

Though the palace is at the disposal of the Royal House, most of days of the year it is open to visitors.

Most tourist guides say that Amsterdam developed around a dam built in the river Amstel around 1270 AD, and that this dam which was located at present-day Dam Square — gave the city its name.

But historians say that decades earlier the small settlement in the Amstel delta was already known as ‘Aemsterdam’ or, alternatively, ‘Amstelredam.’