Home > What to See and Do > Jewish Historial Museum

Amsterdam’s Jewish Historical Museum first opened in 1932, in the Weigh House on Nieuwmarkt.

In 1987, the museum moved to the restored complex of synagogues at Jonas DaniÃ«l Meijerplein.

Since 1943 the synagogues in which the Jewish Historical Museum is located have not been used for services. In 1945 the individual buildings were found to have been ransacked and the furnishings of the synagogues removed. Only after thorough restoration did they become suitable accommodations for the Jewish Historical Museum. On 3 May 1987 Her Majesty Queen Beatrix performed the opening ceremony.

Wherever possible the old components were restored to their late 18th-century state. The colours of that era were used as well. The four buildings were connected with modern materials, such as glass, steel and concrete, to show that the transition from a synagogue to a museum was not a gradual process. In fact, it followed a break in history. 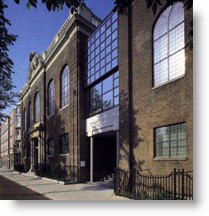 In 1989 the museum received the Council of Europe Museum Prize for its modern adaptation of the historical architecture, which has given rise to a museum that is unique throughout the world. The museum’s contents have also received great praise.

The complex consists of four synagogues. Over the years the expansion of the Jewish community created a need for new buildings. Moreover, the people who went to the Great Synagogue had an entirely different status from the crowd that attended services in the Dritt Shul.

The oldest building is the Great Synagogue. It was consecrated on 26 March 1671 (15 Nisan 5431), the first day of Pesah (Passover). Elias Bouman (1636-1686) was the contractor and architect; he was later to design the Portuguese Synagogue. The Obbene Shul was built in 1685-1686. It was originally built above a meat market (hence the name) which was later replaced by a mikveh. This synagogue could seat around 400.

The Dritt Shul, the third synagogue, was constructed in around 1700 where a house had once stood. It now contains the museum administration and is not open to the public.