Home > About Amsterdam > Amsterdam: coffeeshops near schools may not have to close

DutchAmsterdam.nl — Amsterdam mayor Job Cohen later this month will present the city council with a handful of alternative measures designed to prevent the forced closure of coffeeshops located near schools.

In November 2008 the city alerted operators of 43 coffeeshops that their business licenses may eventually be canceled following a federal directive that establishes distance criteria between coffeeshops and schools. 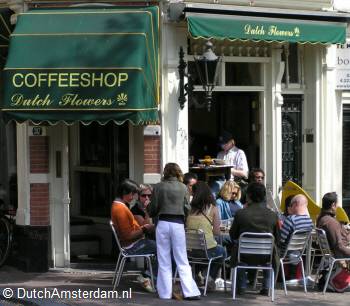 Coffeeshops are establishments where soft drugs can legally be sold and used.

They operate under a special license and are subject to strict rules and regulations. Among other things, no more than 5 grams of cannabis per person may be sold in any one transaction; no hard drugs may be sold (or even present); and no drugs can be sold to minors (under age 18), nor may minors enter the premises.

Nevertheless Holland’s coalition government, let by the conservative Christian Democrats, pushed for minimum distance criteria between high schools and coffeeshops. The stated aim of the rule is to discourage and reduce drug use among youths.

A letter from the Ministry of the Interior to the Association of Netherlands Municipalities says, “The distance criterion will be set at 250 meters, unless it can be demonstrated why this is not possible and an indication of other threshold-enhancing measures is provided.” The letter states the criterion must be applied no later than December 2011.

Amsterdam city leaders in December 2008 overwhelmingly voted to challenge the directive, arguing that the coffeeshops are already so closely watched they don’t need new rules to keep children away.

Dutch municipalities do have much leeway in the application of certain federal laws within their communities. Hence Amsterdam Mayor Job Cohen promised to lobby the Justice Ministry to give Amsterdam an exception, as well as to look for alternatives.

According to Cohen concrete suggestions flowing from this research include providing youths with more information about the physical and psychological effects of the use of soft drugs. Also mentioned is the possibility of raising the age limit for coffeeshop customers from 18 to 21, along with a sharpening of sanctions for those coffeeshops caught selling to minors.

The Cannabis Retailers Association meanwhile has suggested suspending the sale of soft drugs during school breaks and for one hour after the end of the school day. Other ideas include a stricter door policy, possibly even including the use of fingerprints.

Surveys taken over the past few months show pupils consider soft drugs to be less dangerous than alcohol. The school children also say coffeeshops are not all that strict when it comes to verifying age.

In May 2009 the Dutch Council of Ministers agreed that the Netherlands should continue its national policy of toleration in regard to coffeeshops.
— — © Copyright DutchAmsterdam.nl. Do not republish or repost.

An Amsterdammer last updated this post on Thursday, January 23, 2014, at 2:59 AM CET (Central European Time)