Amsterdam, May 14, 2009 (DutchAmsterdam.nl) — The Dutch Council of Ministers last Friday agreed that the Netherlands should continue its national policy of toleration in regard to coffeeshops — establishments where soft drugs are legally sold and used.

However, it wants coffeeshops to operate on a smaller scale — focusing on local customers rather than international ‘drugs tourists.’ 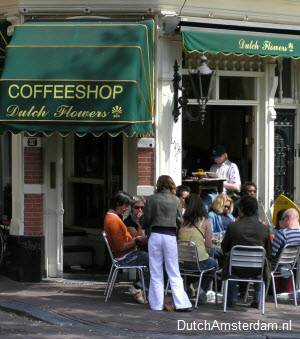 When coffeeshop operators are more involved with their clients, customers will feel at home in a safe environment. This reduces public nuisance situations and the risk of crime.

So says a letter in which the Council agreed with the recommendations of ministers Ab Klink (Health, Welfare and Sport), Ernst Hirsch Ballin (Justice), Guusje ter Horst (Interior and Kingdom Relations), and Andr#233; Rouvoet (Youth and Family).

The main points in this ‘headline bullets letter’ will form the basis for the Dutch Cabinet’s drugs memorandum, expected in November.

Groundwork for a new memorandum on Dutch drug policies

In writing the letter the four ministers were guided by reports from the Van de Donk committee, and evaluations of current drugs policy by the Trimbos Institute (Netherlands Institute of Mental Health and Addiction) and WODC (Research and Documentation Centre, Ministry of Justice).

Asked by the Dutch government to lay the groundwork for a new memorandum on Dutch drug policies, the Van de Donk committee last July recommended that the government should

 limit the sale of soft drugs to local users

 possibly rethink the distinction between soft and hard drugs

The committee, headed by Christian democrat Wim van de Donk, explicitly said it did not want to end Holland’s so-called ‘gedoogbeleid‘ (tolerance policy), nor did it want to legalise the cannabis trade completely.

The Dutch coalition government — Christian democrats, Labour and ChristenUnie (orthodox Christian) — is divided with regard to the country’s policy on drugs. Both Christian parties favor total prohibition of the production, supply, sales and use of cannabis, while Labour supports the notion that the production and supply of cannabis should be legalized.

Currently, coffeeshops are licensed to legally sell soft drugs even though possession of weed or hash is still a misdemeanour. But this policy of toleration does not extend to the supply chain, a situation that has led to the widescale involvement of criminal gangs.

Earlier this year a PVDA (Labour) commission suggested the Dutch Government should set up a number of legal, controlled cannabis farms in order to legally supply coffeeshops. This would eliminate that current ‘legal front door, illegal backdoor’ situation.

The need for a new drugs policy is inspired by three main concerns:

 Nuisance created by drugs tourist — who cross the Dutch borders in search of soft drugs banned in their own countries. “There are 25,000 drug tourists per week who visit these coffeeshops,” said Mayor Han Polman of border town Bergen op Zoom last year.

 Health concerns, in particular regarding the high values of the psychiactive ingredient tetrahydrocannabinol (THC) found in Dutch weed.

 Criminal gangs, which make use of the fact that coffee shop owners can legally sell cannabis but cannot legally grow or buy it.

Last years the mayors of many municipalities throughout the Netherlands — but particularly from towns across its the country’s Southern border — came together in a ‘Weed Top’ in order to discuss their options.

Dutch municipalities have much leeway in the application of certain federal laws within their communities. This is why the mayors of Bergen op Zoom en Roosendaal were able last year to close the coffeeshops in their towns despite the federal policy of ‘gedogen.’

Mayors of nearby town were worried that their municipalities would as a result see a sudden rise in the number of drug tourists. Therefore Gerd Leers, mayor of Maastricht, called for the conference, so that mayors of border towns could coordinate their approach.

The province of Limburg is set to test a pilot project in which the legal amount of cannabis sold to clients is reduced from 5 to 3 grams, and where customers can pay only with a local bank debit card.

Justice minister Ernst Hirsch Ballin says coffeeshops do not necessarily have to work with passes, but they can if they want to — which would essentially turn them into private clubs. Formally coffeeshops are not required to exclude foreign tourists, he said, but he admitted that in practice the system would probably work that way.

In an initial reaction, given before the Council’s letter was officially announced, Amsterdam mayor Job Cohen, said he is pleased that the national policy of toleration would be continued. 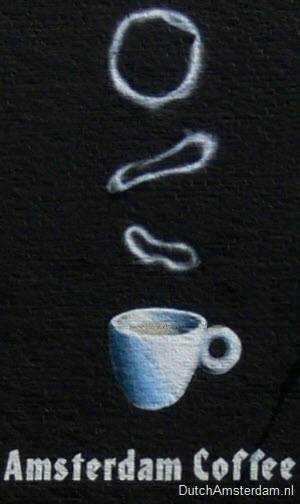 Mural on the building of Amsterdam coffeeshop Dampkring, Haarlemmerstraat
© Copyright DutchAmsterdam.nl. Want to use this photo?

According to Cohen, the suggestion to reduce drugs tourism is aimed primarily at municipalities in the south of the country.

“I’ll have to study it, but Amsterdam has a different position that places in the South,” Cohen was quoted in Amsterdam daily Het Parool.

A 2007 report by Amsterdam’s Department for Research and Statistics showed that of the 4.5 million tourists who spend the night in Amsterdam during a given year, 26% visit a coffeeshop. According to the Amsterdam Tourism & Convention Board, 10% of tourists even mention this as a primary reason to visit the city.

In its report, the Van de Donk committee earlier this year concluded that ‘most tourists’ who visit coffeeshops in Amsterdam create ‘virtually no problems.’

Cohen is disappointed by the fact that the Council of Ministers dis not make a provision for the ‘back door.’ Like many other Dutch mayors Cohen last year made plea for legalizing the production of cannabis.

Cohen says the so-called triangle (Police, Public Prosecutor, and Mayor) is going to take another look at the problems surrounding the supply of coffeeshops.

Many owners of Amsterdam’s coffeeshops are said to be anxious about the possible exclusion of tourists should the pilot project in Limburg result in a national policy change.

Cohen does not support the exclusion of foreigners from coffeeshops, and has called for a meeting between the coffeeshops owners and the city of Amsterdam.

The Tweede Kamer, the Lower House of Parliament will produce a memorandum on the Netherlands policies toward drugs.

In its discussion about the Council’s recommendations, the Tweede Kamer will also look at additional issues not covered in the letter.

This includes the care of addicts, harm reduction and international drugs policies. — DutchAmsterdam.nl