Amsterdam – A Dutch building company wants to expand Amsterdam underground, it was reported Tuesday. Building company Strukton presented its ambitious plans aimed at solving the city’s space problems at a congress on Tuesday.

The multi-floor underground spaces can be used for parking. The continuous lack of parking space is an ongoing frustration for most people living in Amsterdam. 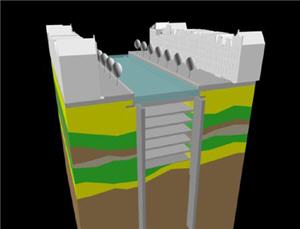 Strukton envisions a city of as many as 6 stories underneath Amsterdam.

But Strukton also foresees the development of underground sports venues and cinemas. Finally, underground loading stations could make the distribution of goods destined for the stores in the city centre more efficient.

According to the company, the plan is not “futuristic,” but “realistic” and a “necessity.”

Alderman Tjeerd Herrema, responsible for city infrastructure, told reporters on Tuesday Strukton’s plans for the underground city were not endorsed by the municipality.

Herrema said the option of underground parking spaces sounded appealing, but added it was not likely the municipality will ever commission the development of an entire underground city. 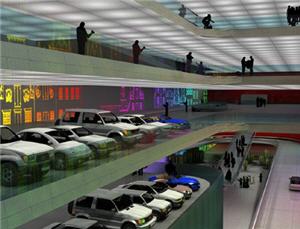 Parking and shopping underneath Amsterdam’s canals.

Strukton is known for its leading role in the current development of Amsterdam’s new underground system that runs under the medieval city centre. It is due to operate by 2013.

Last summer, Strukton applied a revolutionary building technique during its work on the underground system.

It placed a floating tunnel beneath one of the islands that are part of Amsterdam Central Station.
– Source: dpa