The City of Amsterdam has won court permission to close a number of coffeeshops — the Dutch euphemism for cannabis cafes — located in the center of town.

The cafes, most of which operate within the Red Light District, will be closed as part of a plan developed by Coalition Project 1012.

Named after the postal code covering Amsterdam’s city center, Project 1012 is an effort to clean-up and spruce up the downtown area.

It is the city’s response to an official report that documented the growing power and influence of organized crime in downtown Amsterdam.

As part of the project the owners of 26 coffeeshops learned in 2009 that they would have to close their businesses no later than June, 2015.

Fifty other cannabis cafes in the 1012 postal code district will be allowed to remain open. 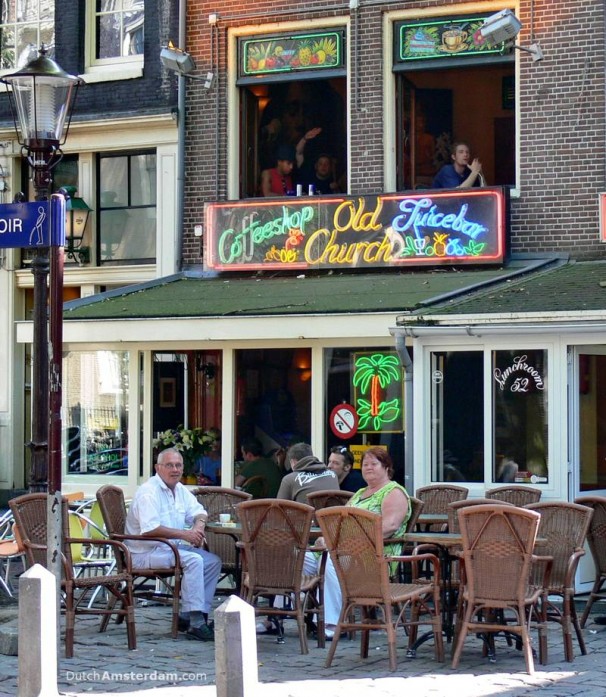 On May 1, 2013, popular coffeeshop The Old Church — one of the 26 shops affected — stopped selling soft drugs.

To date, five of the 26 coffeeshops have (long) been closed in order to maintain ‘public order and safety.’

That usually means their gedoogverklaring (toleration declaration — a permit without which it is illegal to sell drugs) was withdrawn, and the business shuttered, after police found hard drugs, weapons, and/or an illegal amount of stock on the premises.

Meanwhile several other cannabis cafe owners have already transformed their businesses into lunchrooms, restaurants, or drug-free cafes — a process supported by the City.

While the municipality generally does not issue permits for new coffeeshops in other areas of town, in July 2013 it held a lottery to determine in which order the shops to be closed would be eligible to move into existing cafes locations if and when they become available.

Last January The Grasshopper — until then one of the world’s best-known cannabis cafes — was forced to close its coffeeshop. The owners continue to operate a sports bar, a grand café, and a steakhouse that were already located in the same building.

The City of Amsterdam expects that by January 2016, there will remain a total of 160 coffeeshops in town — in what Mayor Van der Laan refers to as a “finely meshed, generous system of coffeeshops.”

In 1995, when Toleration Declarations were first handed out, there were 350 coffeeshops in the city.

It is generally thought that Mellow Yellow, which dates back to the early 70s, was one of the first coffeeshops in Amsterdam. The original Bulldog was the first one with a Gedoogverklaring (number 001).

The official report referred to above concluded that the accumulation of window brothels, coffeeshops, gambling arcades, smart shops, sex establishments, and money exchanges together with low-quality souvenir shops, mini-markets and certain restaurants in the center of town, particularly in the Red Light District, made those businesses too susceptible to crime.1

Project 1012 takes a street-by-street approach (Dutch: straatgerichte aanpak), in which it has identified 18 downtown streets where a reduction in the number of such businesses would be beneficial.

In defense of their lucrative businesses a number of coffeeshop owners took the City of Amsterdam to court for a Kort Geding procedure.2

The owners maintained that the street-by-street approach — instead of a case-by-case evaluation — was unlawful.

But the Court decided that this was not the case, stating that Mayor Eberhard van der Laan “has the freedom to carry out policies he considers desirable to protect public order.”

The Court also ruled that the entrepeneurs are not entitled to financial compensation, saying that “coffeeshop owners have to accept as a normal business risk that the city’s toleration of the sale of soft drugs can come to an end.”

The City says it has given the businesses enough notice, as well as opportunities to switch to another business model.

The businesses affected are located in the following streets (number of cannabis cafes located there in February 2010 in brackets): 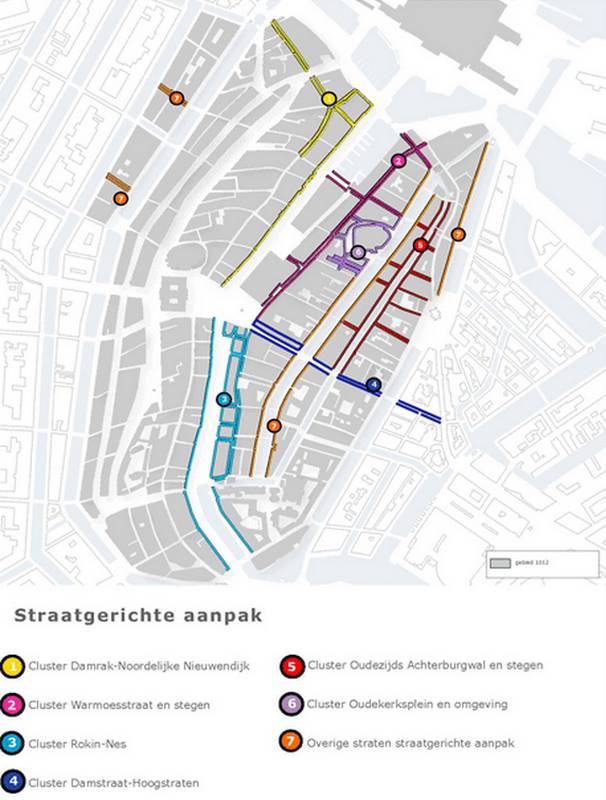 This map from a Project 1012 publication shows the downtown Amsterdam area (part of Central Station at the top). The 18 streets are all within the clusters indicated.

Not the End of Tolerance

Many news outlets — particularly international ones, but also quite a few local publications — get this story quite wrong. (For instance, AP gave a skewed picture at best, and what has TIME reporter Maya Rhodan been smoking? Doesn’t anyone check facts anymore? Are the editors on strike?)

This is not the end of tolerance in Amsterdam.

This is not a crack-down on cannabis cafes.

The Mayor is not trying to close down all the coffeeshops.

This is not a (tacit) admission that the city’s coffeeshop approach has failed.

Also: now that several states in the US are finally allowing the legal sale of soft drugs, some reporters juxtapose that new-found freedom with what they virtually suggest is Amsterdam’s new dark age.

What must be kept in mind is that Amsterdam, which remains the world’s coffeeshop capital, has 40+ years of experience in tolerating the sale of soft drugs.

The Dutch know, from experience, what works and what doesn’t work — and are pragmatic enough to change what needs to be changed.

Project 1012 is far from finished — and though it is not without it critics, the city is already seeing positive results.

Investors and entrepreneurs are once again attracted to the downtown area — reclaiming and revitalizing the medieval town center.

Crime-attracting businesses are given the boot. Prime-location properties that used to belong to notorious crime families are being re-purposed. An overgrown forest of large, garish advertising signs has been trimmed.

We’ll share more about Project 1012 in the weeks to come.