Amsterdam is known the world over for a variety of things — but few people will think of its trees first, if at all.

Yet with 400.000 trees Amsterdam is one of the most tree-rich cities in Europe. By way of comparison, Paris has only 95.000 trees.

In the year 2005 Amsterdam was declared the Elm city of Europe, owing to the fact that the city’s streets and canals are lined with at least 75.000 Elms — many of them between 80 and 100 years old. 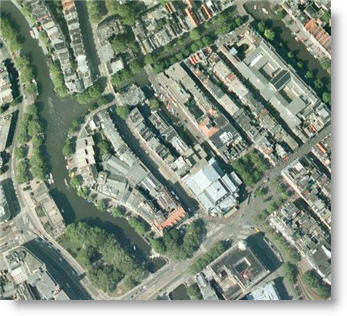 The previous consultant, Eddie Blankers, recently retired, but he is still very much into ‘his’ trees. He has written a book in which he shares stories about the trees in general, and about interesting — often monumental — trees in specific.

Trees were first planted in Amsterdam in the year 1340. Damaging trees has always been considered a crime. A lawbook dating from 1454 shows doing so would cost you your right hand.

Just 25.000 trees survived the Second World War, and many lost of those lost branches when they were used for fuel by Amsterdam citizens during the last year of the war when the German Nazis had cut off Amsterdam from food and other supplies.

Amsterdam has many monumental trees — including some that have become famous. One of them is the 150-year-old chestnut tree described by Anne Frank in her diary.

A tribute to Anne Frank’s tree

Unfortunately, this tree will soon have to be cut down as it has succumbed to a fungus as well as damage done by moths.

Another famous tree is the “tree that saw everything.”

On October 4, 1992, an Israeli freight plane crashed into a highrise building in Amsterdam’s Bijlmermeer. 43 people died and many were wounded.

Each year a remembrance service is held at the tree that survived the crash and subsequent fire.

The fattest trees of Amsterdam — with a circumference of nearly 6 meters — are at Leidse Bosje.

Each of these trees is valued at €80.000. Yet, is that man over there attacking it with a saw?

Amsterdam’s oldest tree, dating from 1795, stands in a private garden at the Prins Hendrikkade.